Below are two really nice photos of Copston Magna taken in the Autumn of 2020. Photo's courtesy of Nick Reynolds.

Below:- Nick Moore - Winner of the 'Richard Gale Wolvey Trophy'April 2019

Nick fished a team of 3 Buzzers and caught 12 fish 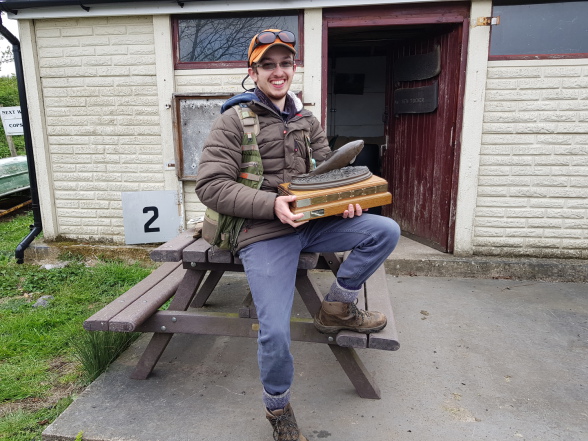 Below :- 6Ib Rainbow caught April 2019 from Tern Lake on a small black buzzer 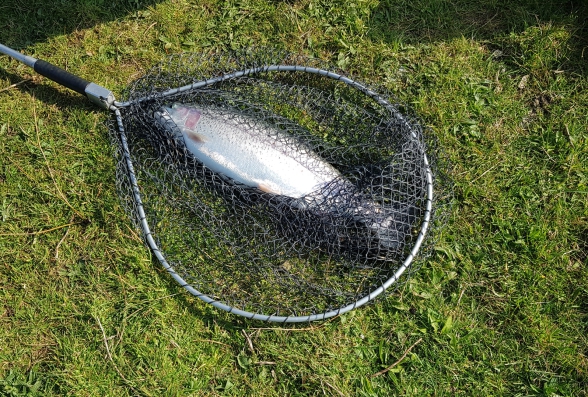 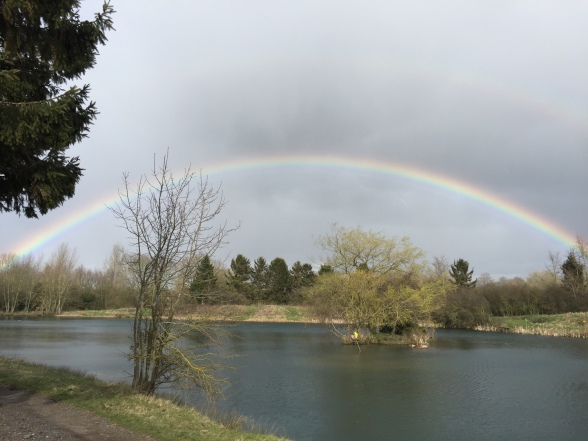 Below:- Early Dawn on Tern 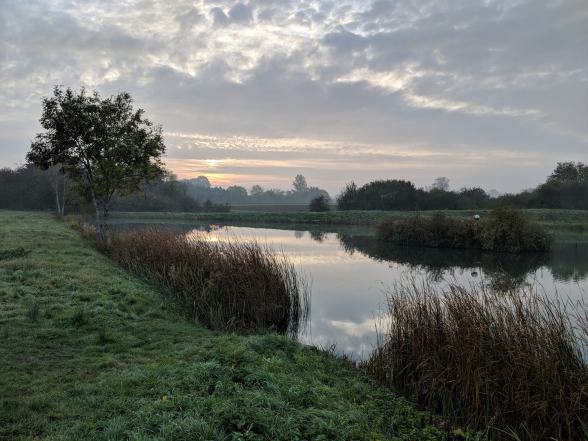 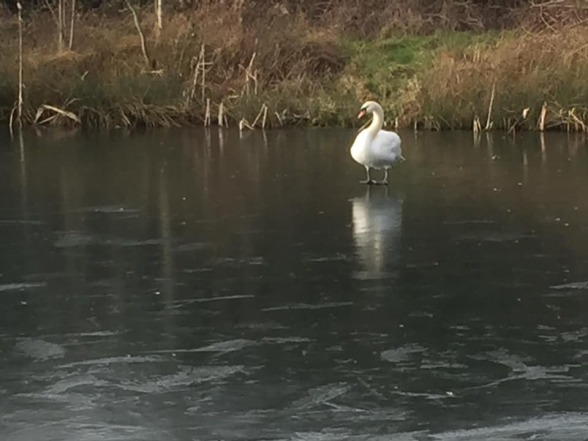 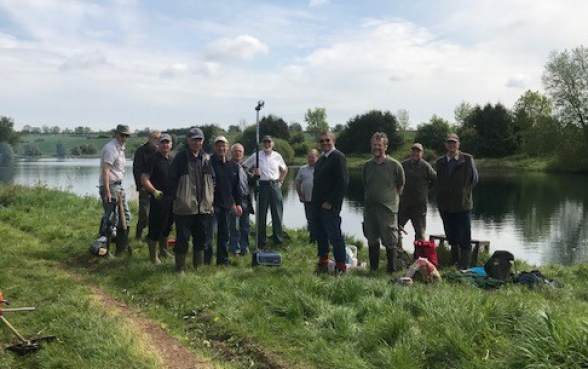 During the 3 hour  match, Robert caught 8 Rainbows, 4 from each Lake. 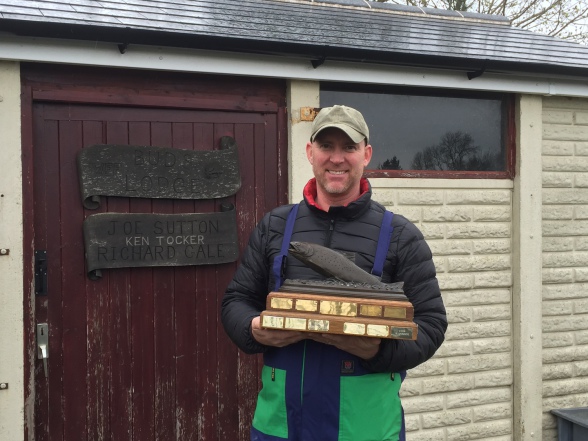 Below:- Kingfishers are often seen at Wolvey, but this beautifully photographed Kingfisher by Lee Hannaby was taken at Copston (Oct 2017) 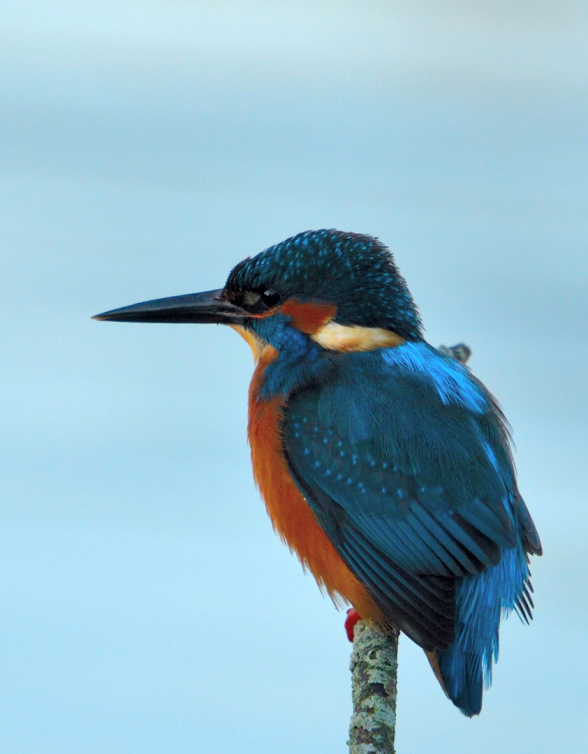 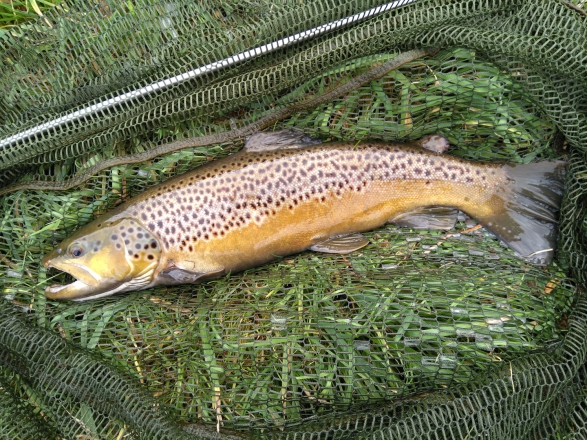 At WFF its not all about Trout. On Tern Lake at Wolvey we have a head of Carp, Mirror and Common, up to around the 15.5Ib mark, and Rudd up to 3Ib.

During the summer months members have the opportunity to fish for these.

Following is a selection of photos of some that lucky members have caught. 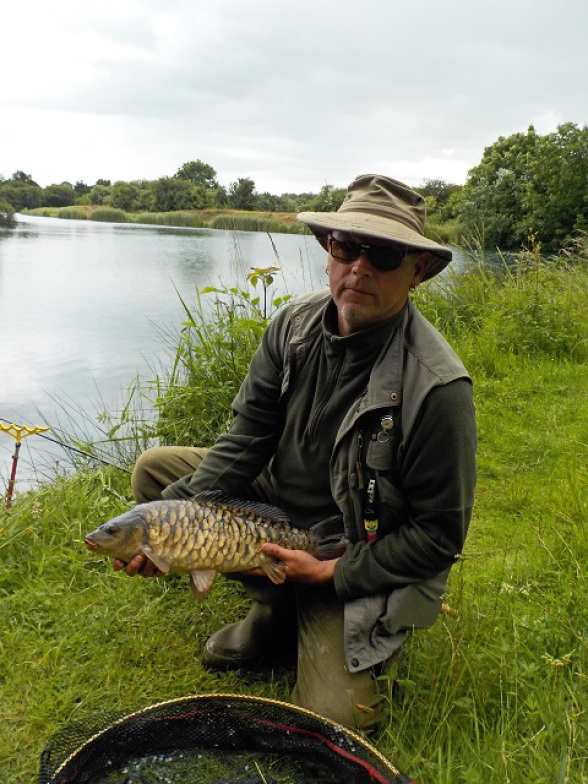 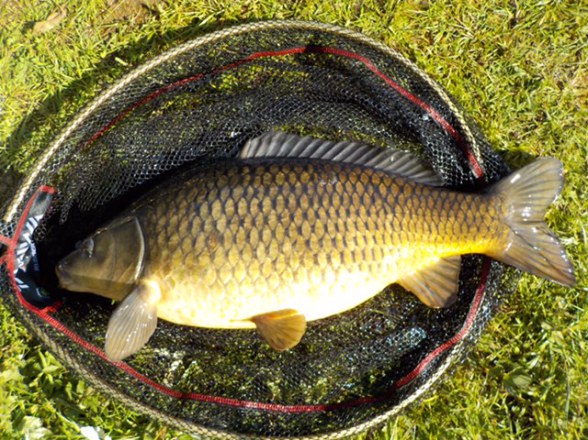 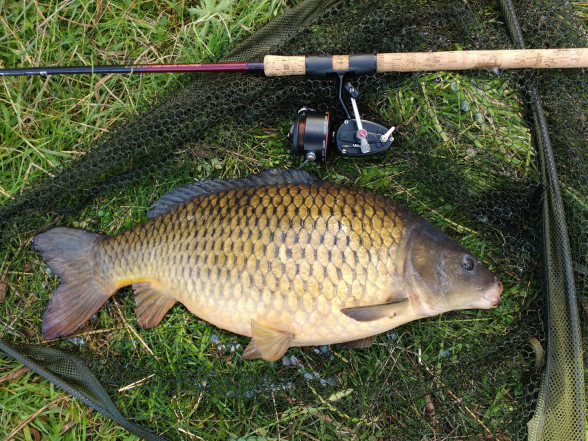 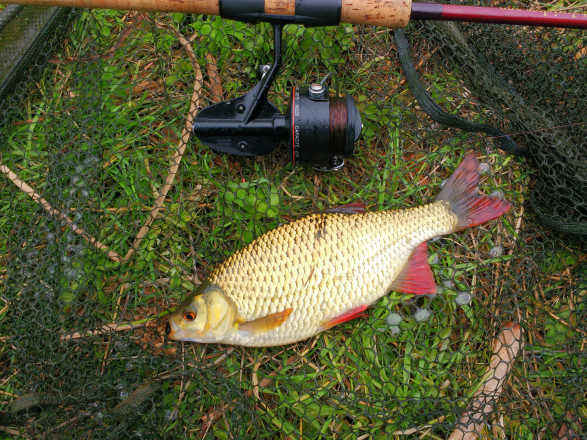 Below:- A Copston Brownie - markings as bright as a those on a river 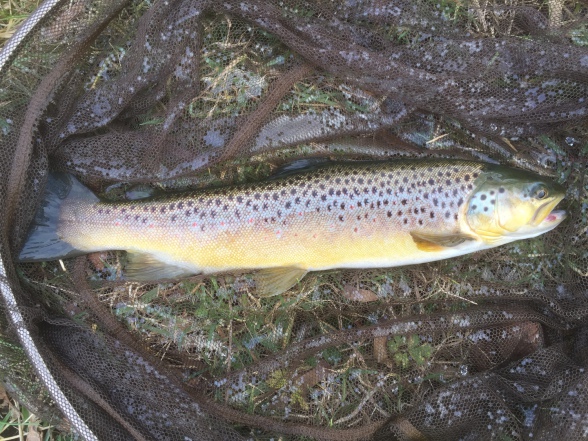 Below:- Mark Smith with a big Brownie caught on the Swift. Date unknown 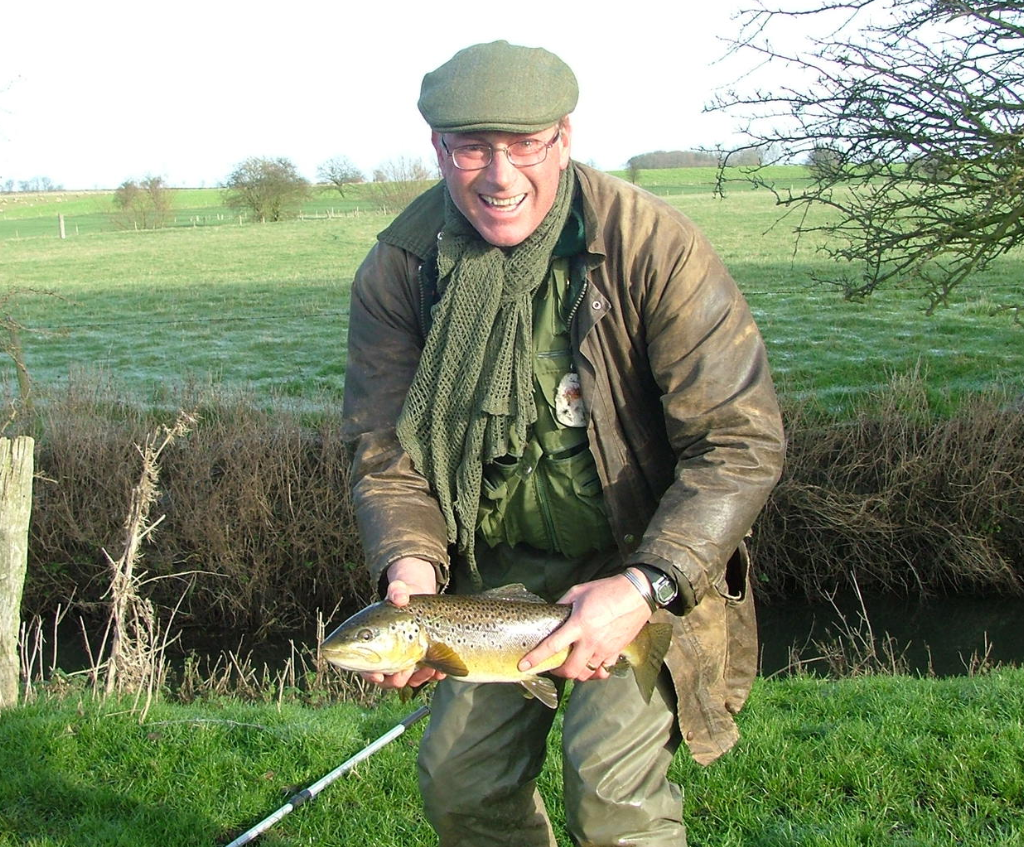 Below:-  Steve Smith caught this 5Ib 8oz Rainbow at Wolvey with a small black buzzer, in April 16. 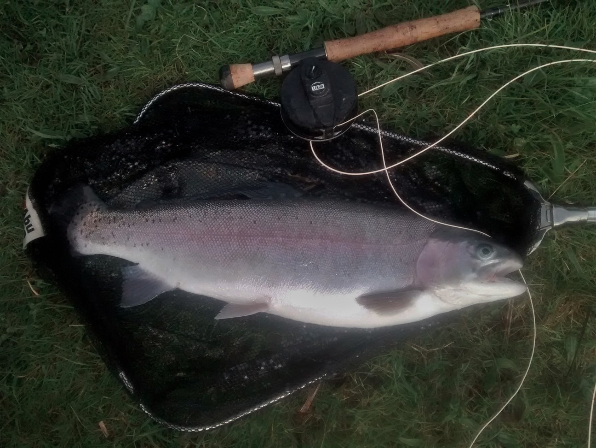 Below:-  At 15Ib 4oz one of the biggest Rainbows to be caught at WFF. Matt Ormston took 20mins to land it using a home tied fly with a slow intermediate line. Caught on Snipe lake at Wolvey late November 2015. 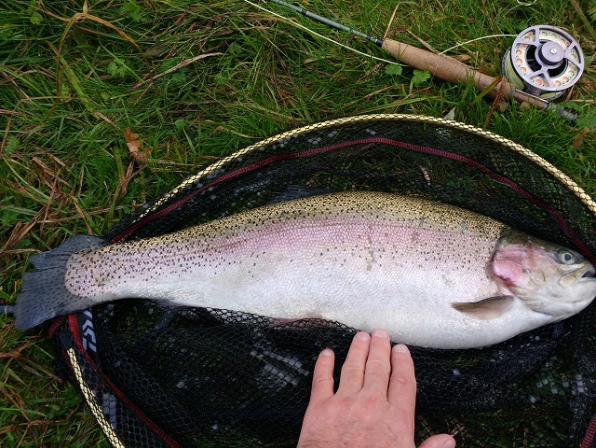 Below:- Another good Brownie caught on a dry fly on Snipe at Wolvey by Matt Ormston in June 2015 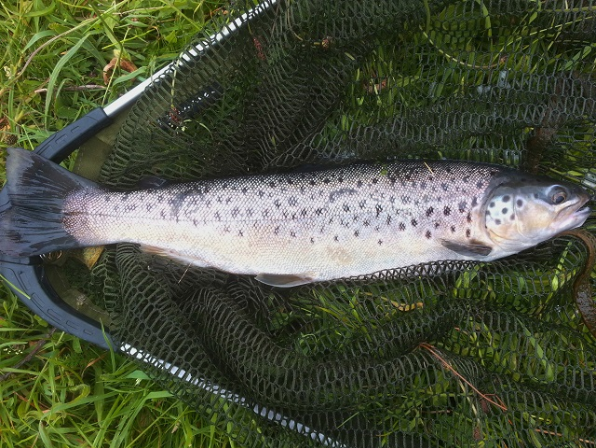 Below:- Okay its not a Trout, but this lovely young Tawny Owl was photographed by Lee Hannaby by Mallard Lake at Copston in May 2015. 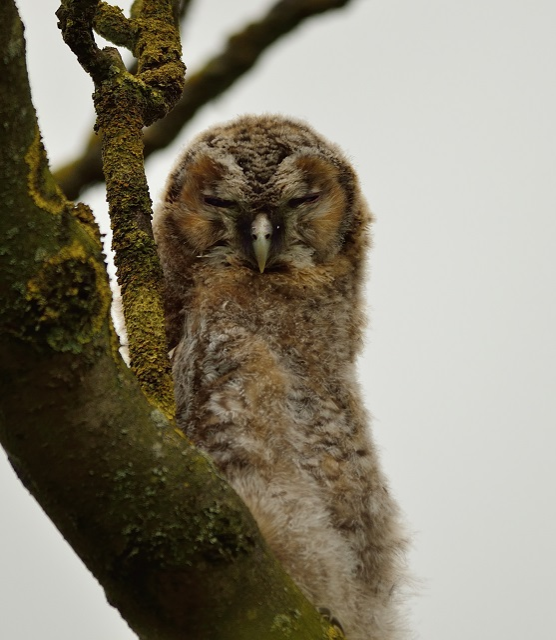 Below:- A River Swift Brownie, approx 2Ib, caught by Kevin Newton in May 2015 on an orange cdc f-fly 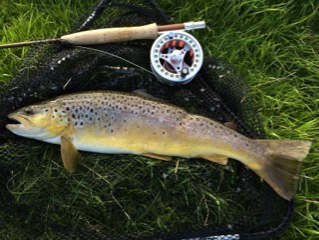 Below :- A Rainbow, approx. 13Ib in superb condition. Caught by Robert Pywell on a black buzzer on 'Eider' at Copston Magna April 2015. 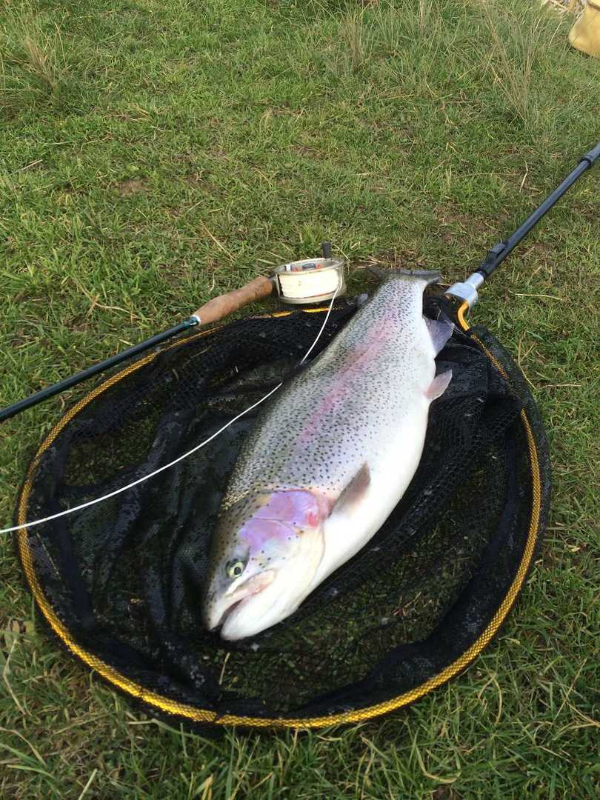 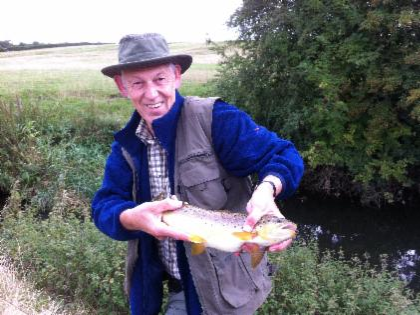 Below : Another large rainbow weighing in at 14Ib 8oz from a WFF lake. Caught by Roger Churchill 12th April 2014 on 'Mallard' at Copston Magna 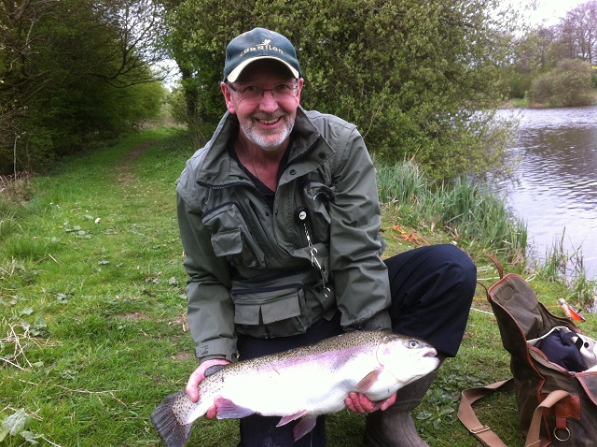 Below :- Fishing into a stiff breeze on 'Eider' at Copston Magna in March 2014, with a 'Flash Attack' Red Butt Crisp Packet Buzzer, Mike Goodwin was rewarded with one of the largest rainbows from a WFF lake at 15Ib. 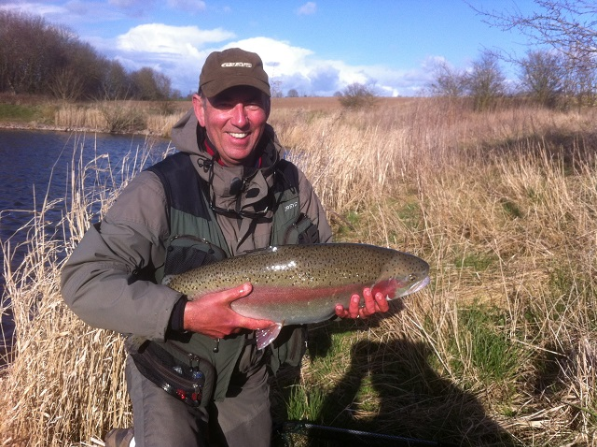 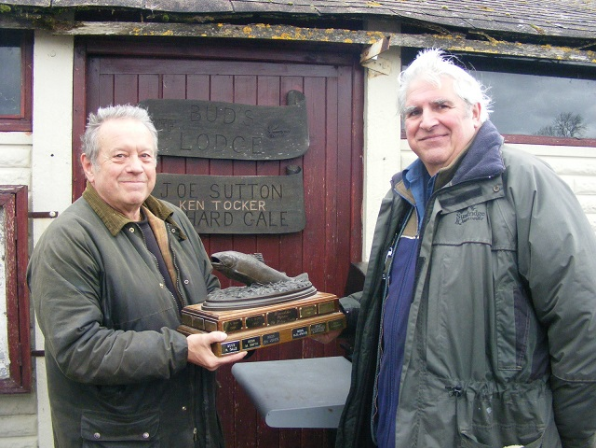 Below : A superb 9Ib 4oz Rainbow. Caught by Ron Jones in February 2014 on Tern (Wolvey) on a Cats Whisker 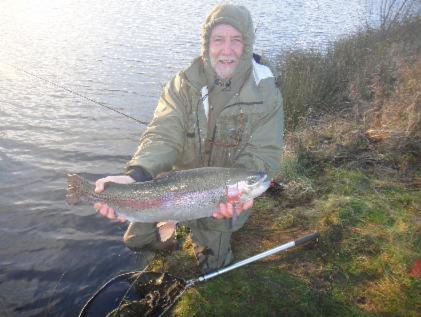 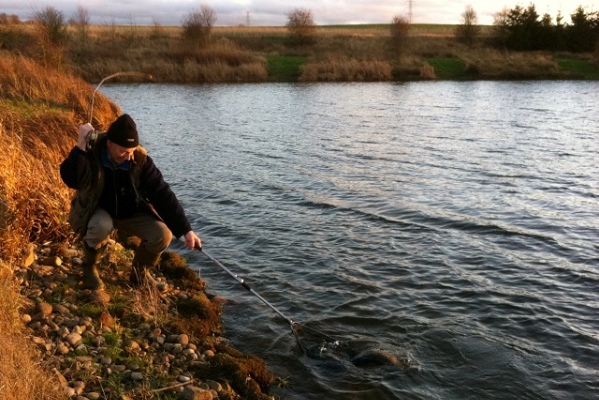 Below : A River Swift Brownie caught by John Leake in September 2012 with a beige emerger. 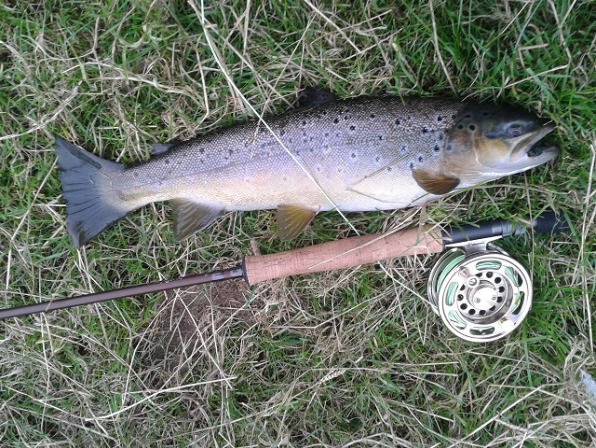 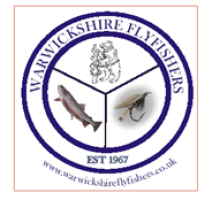